87 Short Funny Jokes for Kids that are Easy to Remember 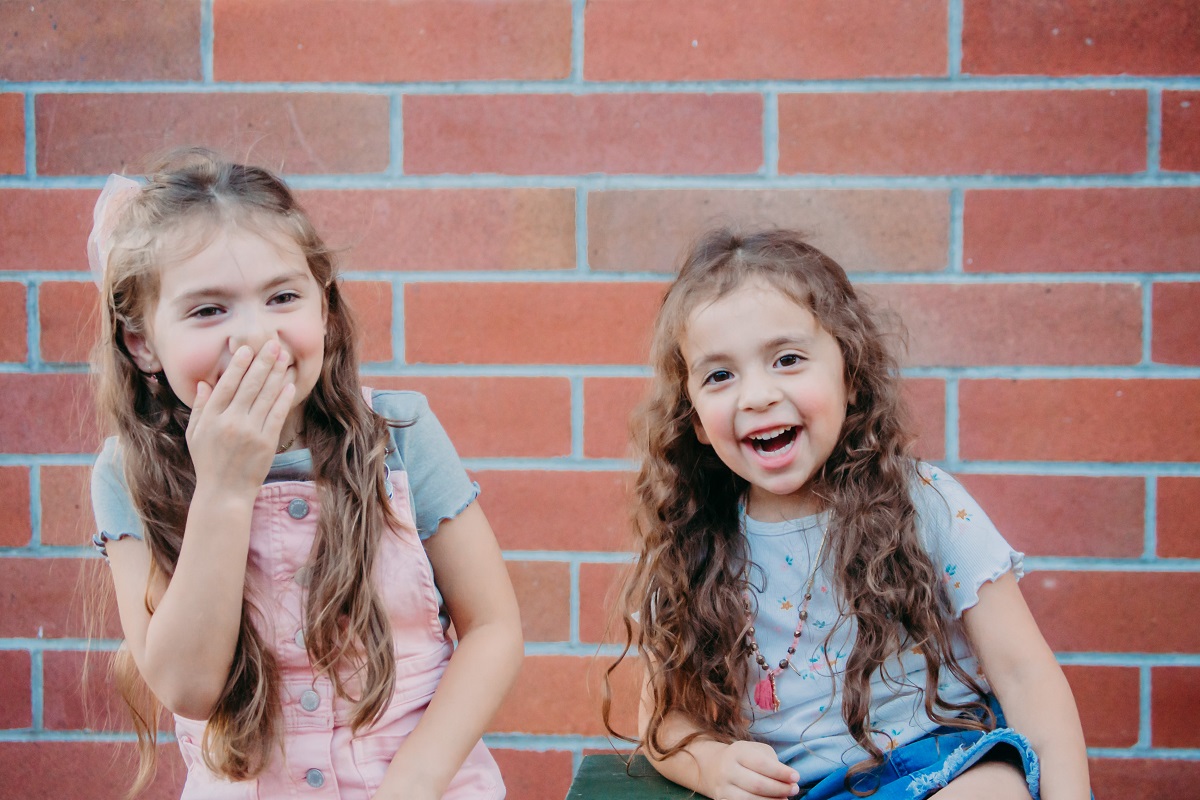 Are you looking for funny jokes for your kids? Jokes are a great way to teach children about the absurdity of life while making them laugh. And, since they’re easy to remember, these jokes can act as a mental toolbox that your child can access when needed. This blog post outlines the best funny jokes for kids that will get them giggling. From knock-knock jokes to animal jokes, these humor gems will surely bring a smile to your child’s face. So scroll down to know more!

Laughter is one of the great gifts we can give our children, and it’s something they can always take with them. Kids generally asked many why questions. Why is the sky blue? But, sometimes, we all need a break from the serious stuff and just have a good laugh. Additionally, kid-friendly jokes are a fun way to teach children about sarcasm, irony, and puns.

However, funny jokes for kids are also a great way to kill some time when they’re bored or waiting in line. As these jokes for your kids help them develop their sense of humor early. It also helps them understand the importance of laughter in our lives. There are many jokes you can share with your kids. Here are some of the best short, funny jokes for kids that are easy to remember.

As we said before, laughter is truly the best medicine, as it has many benefits for physical and mental health. And what better way to laugh than with some hilarious jokes with your kids? Kids love to laugh and joke around, so why not take advantage of that by teaching them some hilarious jokes they can remember and tell their friends? The below list of short and funny jokes for kids is perfect for doing just that!

Why is nacho cheese not nice to babies?

Ans: Because it’s full of preservatives!

Why did the chicken go to the seance?

Ans: To get to the other side!

How do you make a milkshake?

Ans: You give it a pep talk!

Why did the banana go to the doctor?

Ans: Because he wasn’t peeling well!

Why did the boy put his money in the freezer?

What kind of nuts always cause a cold?

Which bird is with you at every meal?

What sweets do you eat on the playground?

Why can’t you starve on the beach?

Ans: For all the sand there is

What is the elephant’s favorite vegetable?

How can you tell if you have an elephant in your fridge?

Have you heard the peanut butter joke?

Ans:  I’m not telling you. You can spread it.

Why did the melon jump into the lake?

Ans: I wanted to be a watermelon.

What do you think of that new dinner on the moon?

Ans: The food was good, but not much of an atmosphere.

Why did the tomato blush red?

Ans:  Because he saw the salad dressing

What did the gingerbread man put on his bed?

What word do we use for a group of strawberries playing the guitar?

Why student eat apples in the classroom?

Ans: Because they are doing a-peel-ing

Why pepper makes you sneeze?

What does one plate say to the other plate?

Ans: Lunch is on me!

What kind of tea is best for a cold?

What’s worse than finding a worm in your apple?

Ans: Finding half the worm in your apple!

Ans: Because they make up everything!

Why do scientists wear safety goggles when working with dangerous chemicals?

How many atoms are in a molecule?

Ans: Two, because it takes two to make a molecule!

What is the computer’s favorite snack?

How does a farmer count his cows?

Why traffic light is always red, yellow and green?

Ans: Because it has stop, look, and go!

What do you call a snowman with a six-pack?

What do you call two people who love math?

What do you get when you divide a Jack O’ Lantern by its diameter?

What did the 90° angle say after the debate?

Ans: “Turns out he was right!”

What tool do mathematicians use the most?

Why did the students get upset when their teacher called them average?

Ans: It was a pleasure to say it!

If a math teacher has four apples in one hand and five apples in the other, how many will they have altogether?

Why you should never start a conversation with the Pi?

Ans: This will last forever!

What is a bird’s favorite type of math?

Why do teenagers travel in groups of three and five?

Ans: Because they can’t either!

Why did the girl smear peanut butter on the scince project?

Ans: Because she wanted to make it look like a chromosome!

How science and our partners processing to make computer chips?

Ans: By taking a byte out of crime!

Why kid cross the school road?

Ans: Because of the chicken strip!

How do you make a slow computer fast?

Ans: You can’t, you can only make it faster!

Ans: The dentists, because they are always picking them out of kids’ teeth!

How do you make a tissue dance?

Ans: You put a little boogie in it!

How many seconds are in a year?

Ans: Twelve, because there are twelve months in a year!

How do you make a swiss roll?

Ans: You push it down a hill!
Best Cranky Dad jokes for kids

Why do we need a toilet paper roll?

Ans: To keep the dust bunnies from taking over the house!

How do you throw a space party?

How much do pirates pay for corn?

Ans: A penny an ear!

Why are elevator jokes so good?

Ans: They work on many levels!

What do you call a boomerang that doesn’t come back?

What do you call a bear without ears?

Which hand is better to write with?

Ans: It is also not better to write with a pencil!

What is a fish without eyes called?

Why are shoes so expensive?

Ans: Half a worm-out pair of shoes is cheaper than a new one!

What breed of dog can jump high off a skyscraper?

What do you get when you put three ducks in a box?

Ans:  a box of charlatans

Why did the student eat his homework?

Ans: Because his teacher told him it would be a piece of cake!

Why are ghosts bad liars?

Ans: Because you can see through them!

Why garbage truck is always green and yellow?

Ans: Because it has recycling written all over it!

Why are spiders so smart?

Ans: You can find everything on the web!

What are the mummy’s favorite lunches?

Ans: The dark side!

How does a cloud wear a coat?

Ans: By being overcast!

What does a vampire never order at a restaurant?

Ans: A steak, because it’s rare!

Why kids laugh at Santa?

Ans: Because he has a big belly and laughs HO HO HO!

Why pony sing in the rain?

Ans: Because he wanted to make hoof-prints!

Why is Cinderella bad at soccer?

Ans: Because she is always running away from the ball!

What is a rain cloud wearing under her clothes?

Wanda you know how to party or what?

Queen Elizabeth doesn’t need a king, she rules the world!

How do you catch a cheetah?

Why did the chicken cross the road?

Ans: To get to the other side!

How does a rabbi make coffee?

How many tickles does it take to make an octopus laugh?

What do you get when you cross a snail with a porcupine?

Ans: At a slow pace!

What do frogs order in a fast food restaurant?

What do you get from a beloved cow?

What do you call a crocodile that solves mysteries?

Why is it difficult to fool a snake?

What kind of socks do the Grizzlies wear?

Ans: Nobody, his feet are bears!

What did the dog say as he sat on the sandpaper?

What is the cat’s favorite dessert?

What fish live swims only at night?

Ans: A type of fish that has five or seven limbs that resemble arms!

What is the cat’s favorite COLOR?

Why do squirrels love palm tree?

Ans: because that’s where they get their nuts!

Why do rabbit smell carrots?

Ans: Because they are packed with vitamins!

Why little horse doesn’t like to eat ground beef?

Therefore, funny or silly jokes are a great way to make your kids laugh. In addition to finding jokes that will make your kids laugh, you also want to be sure they are appropriate for their age group. Unfortunately, adult humor is often lost on children and can even be inappropriate. When telling jokes to children, always ensure that you are emoting and exuding enthusiasm. As a result, the world’s best and most popular jokes are the ones listed above. We hope you find this list helpful and that your kids enjoy the jokes as much as we did! If you think we’ve missed any, please let us know in the comments section below. 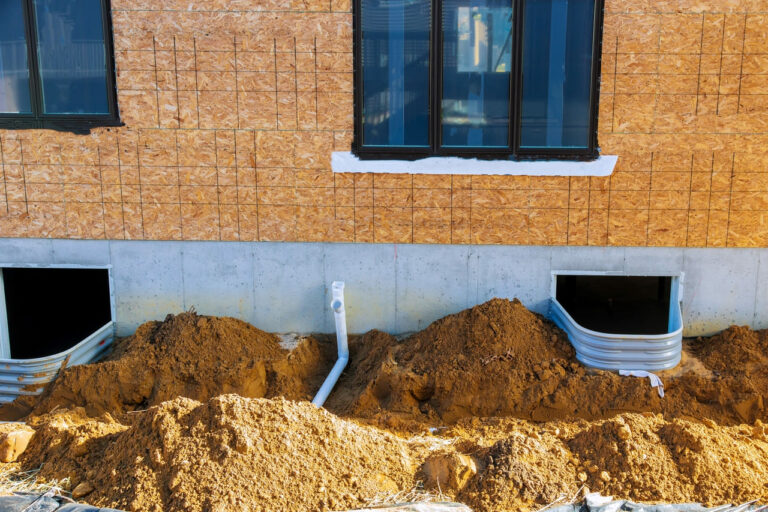