10 Common Problems Between Parents And Child 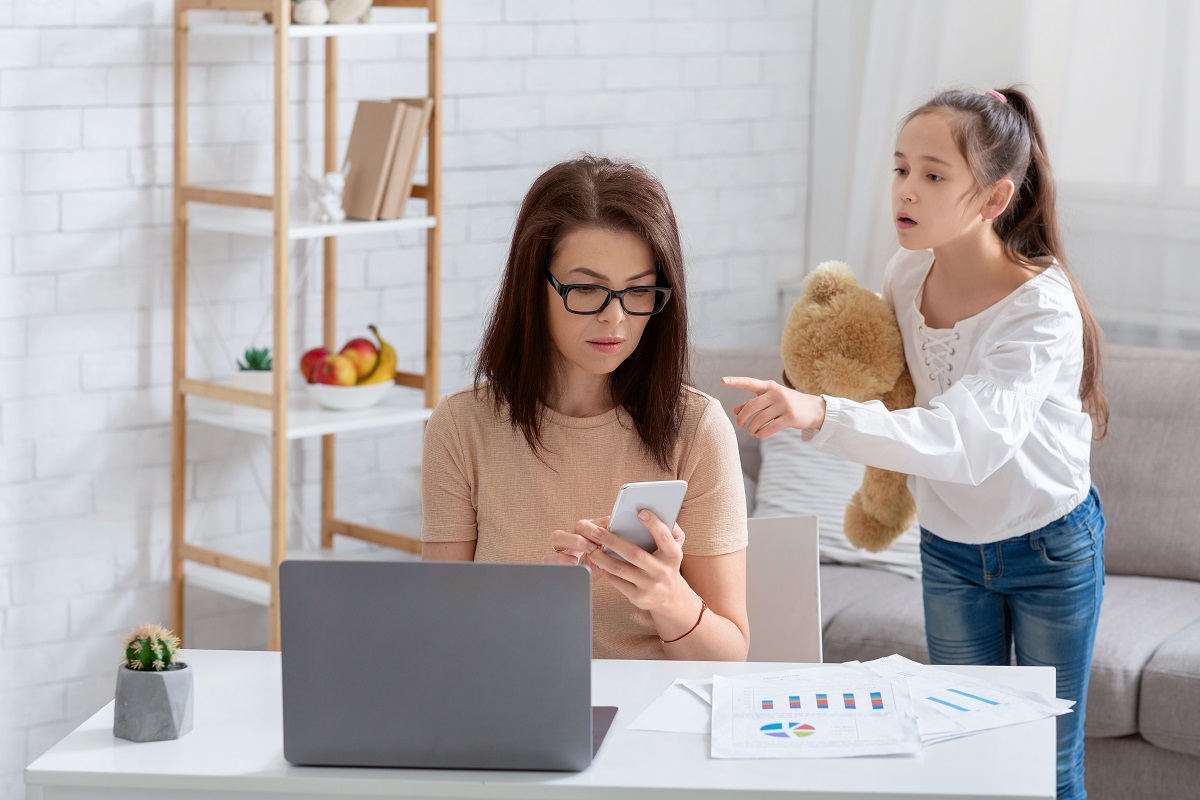 Parenting issues are often the source of conflict between parents and children. Most of the time, these disagreements are resolved through discussion and negotiation. However, there are some instances when the conflict between parents and children can become more serious, leading to negative consequences for both. Generally, these problems can lead to negative outcomes such as academic difficulties, behavioral problems, and emotional distress.

Although it is important to remember that parenting is a process and that children do not always respond to discipline in the same way. Finding these problems can help you to better understand the challenges you may face as a parent. From petty arguments to full-blown blowouts, here are 10 common problems that often crop up between parents and kids. Read on to know which parenting problems cause the most friction in your family.

Some Common Problems Between Parents And Child

Parenting problems are often divided into two categories: those that occur during the child-rearing years and those that arise when children become teenagers. Most parents face common parenting issues at one point or another. Below we have compiled a list of common problems between parents and child:

Many children tell white lies, or small fibs, at some point. Some research suggests that white lies are a normal part of the development and help children learn how to navigate social situations. It’s important to distinguish between white lies and more serious lying, which can signify bigger problems. Generally, children lie when they fear telling the truth will result in punishment or when they want to avoid getting into trouble. It can be avoided only what children learn from their parents. Dealing with a child who lies can be difficult, but it’s important to remain calm and avoid reacting in anger.

It’s natural for siblings to fight from time to time, but when the fighting becomes constant, it can take a toll on parents and children. Sibling rivalry can cause stress and anxiety for both parents and children. It can also lead to feelings of jealousy, resentment, and insecurity. If you have more than one child, finding ways to encourage cooperation and reduce competition is important. Your children’s relationships will affect them for the rest of their lives, so it’s worth trying to improve things.

As children enter the tween and teen years, they often start to defy authority figures, including their parents. They may also begin to backtalk or be disrespectful. This can be frustrating and challenging for parents. While it’s important to set rules and limits, it’s also important that you remain calm and consistent when enforcing them. Avoid arguing with your child, as this will only escalate the situation. Instead, calmly explain why their behavior is inappropriate and the consequences if they continue to behave in that manner. 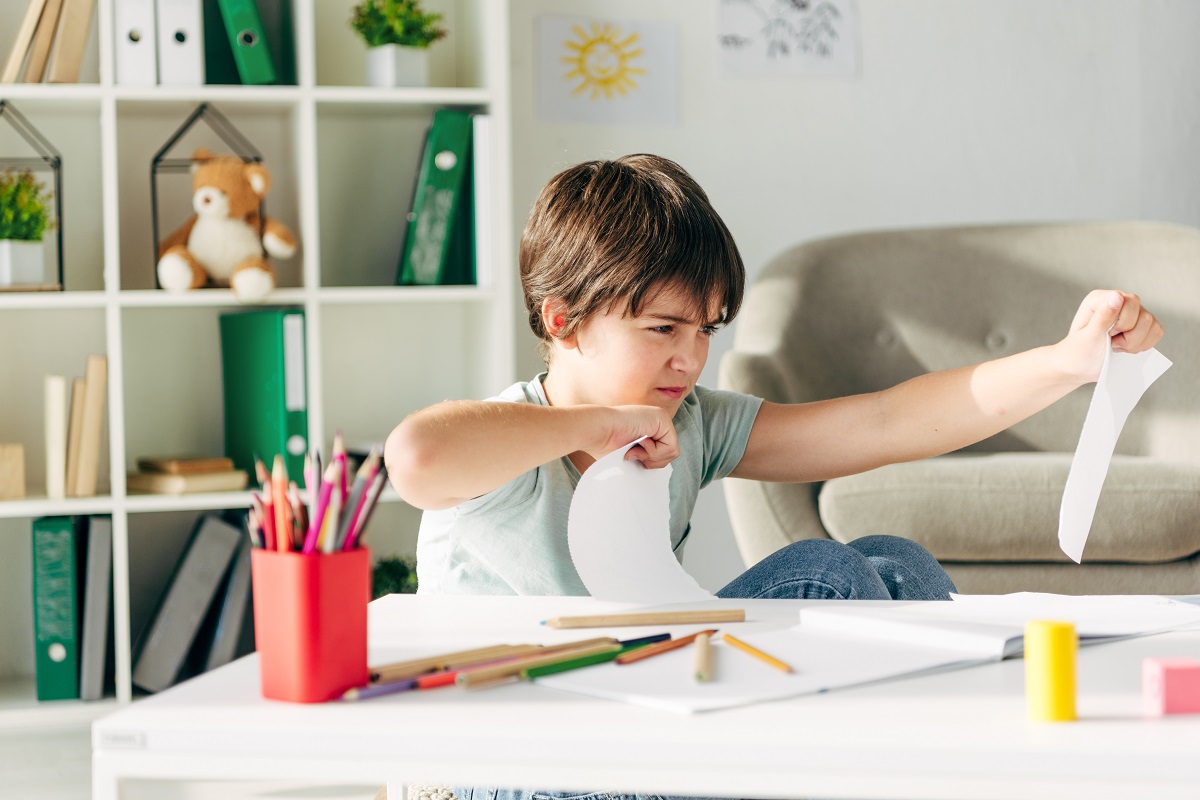 Many children have a hard time controlling their impulses. They may act without thinking, or they may have difficulty following rules. This can lead to problems at school and at home. In some cases, it can also lead to aggressive behavior. Moreover, your parenting style can also influence your child’s self-control. If you’re too lenient, your child may not learn how to control their impulses. On the other hand, if you’re too strict, your child may become resentful and rebel against the rules. A study found that the most common children complain about their parents is that they are too controlling.

In today’s digital world, it’s no surprise that gadgets have become a huge part of our lives. They’ve also become a big part of our children’s lives. While gadgets can be educational and entertaining, they can also be addictive. If your child spends too much time on their phone, tablet, or video game console, it can be difficult to get them to focus on other things, like homework or spending time with family. Moreover, substance abuse and internet addiction can also lead to serious problems in children.

All children have tantrums from time to time, but some seem to have them more often than others. If your child has many tantrums, it can be exhausting and frustrating. You can try to reduce the number of tantrums your child has, such as establishing rules and limits, providing positive reinforcement, and ignoring minor misbehavior. According to a licensed clinical psychologist, children grow and learn best when their environment is predictable, consistent, and loving. Family dynamics play a role in shaping a child’s emotional development and behavior.

Many children have poor eating habits, such as eating too much junk food or not enough fruits and vegetables. Poor eating habits can lead to obesity and other health issues, such as type 2 diabetes, heart disease, and high blood pressure. It’s important to encourage your child to eat a balanced diet and limit their sugary drinks and snacks intake. You can also set a good example by eating healthy yourself. Moreover, this common parenting issue can be solved by teaching kids about nutrition and cooking healthy meals together. You can also take help your child with household chores as it will also prove to be beneficial for both of you.

It’s common for young children to hit, bite, or kick when they’re angry or upset. This behavior is often a result of frustration, and it doesn’t mean your child is aggressive. While it’s important to discourage this behavior, you shouldn’t overreact. Instead, provide calm and consistent discipline. Avoid physical punishment, as it can lead to more aggression in children. Compared to other kids, some kids might hit and bite more often. These kids are usually angry, impulsive, and have difficulty regulating emotions. If your child is hitting and biting frequently, it’s important to talk to a doctor or mental health professional.

It’s normal for children to whine and complain occasionally, but it can be frustrating for parents. If your child constantly complains, it might signify that they’re unhappy or stressed about something. Try to figure out the root of the problem and help them find a solution. If children whine about the school, for example, you can talk to their teacher to see if there’s anything that can be done to improve the situation. According to a medical professional, whining is a way for children to get attention and may signify insecurity. This can become one of the biggest parenting challenges if they don’t know how to deal with it.

What are parenting problems?

Parenting problems can take many forms, but some of the most common ones are struggles with good communication, setting effective boundaries, and dealing with discipline issues.

Many parent-child relationship problems are caused by a lack of understanding about how children develop and what they need from their parents to grow up healthy and happy. It’s also not always easy for parents to find the right balance between being too strict or lenient.

Fortunately, most parenting problems can be resolved through open communication, patience, and a willingness to learn from our mistakes and those of other parents. 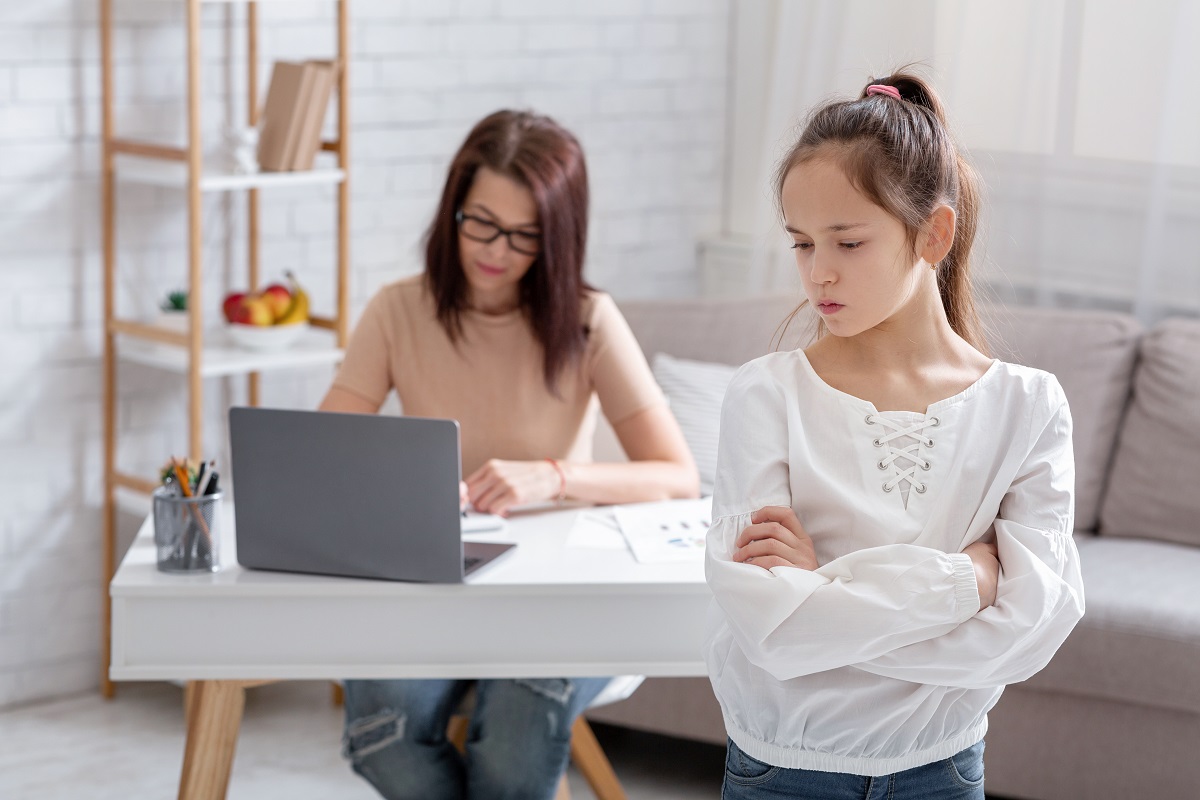 What are the most common family conflicts?

The most common family conflicts generally involve disagreements about money, time spent together, chores, and parenting styles. However, any topic can lead to conflict within a family if it’s important to the people involved.

Many families find that they need to establish clear rules and boundaries to avoid or resolve conflicts. This might mean setting specific times when everyone needs to be present or establishing guidelines for how money should be spent. It’s also important for families to communicate openly and listen respectfully to one another’s points of view.

What common mistakes do parents make?

There are a few common mistakes that parents make when raising their children. One is not spending enough time with them. It’s important to be there for your kids, whether they’re infants or teenagers. They can get into trouble or make poor decisions when you’re not around. Another mistake is being too lenient. While it’s important to be loving and understanding, you also need to set rules and boundaries. Your children will likely take advantage of the situation if you don’t. Lastly, another mistake is not being consistent. Inconsistency confuses kids and makes things more difficult for them in the long run. It’s important to be consistent in your parenting so that your children know what to expect from you.

What should you never say to your child?

There are a few things that you should never say to your child, as they can hurt their development and well-being.

First, you should never say anything that could make your child feel inadequate or not good enough. This includes comments about their appearance, intelligence, abilities or achievements. Doing so can damage their self-esteem and make them wary of pursuing their dreams.

Secondly, you should avoid saying anything that could make your child feel unloved or unimportant. Even if you don’t mean it, comments like “I wish you were never born” or “I wish I had a different child” can hurt your little one deeply. Make sure to always express your love for them, no matter what.

Lastly, you should never use abusive language towards your child, even if you’re angry or frustrated. This can cause them lasting emotional damage and make them more likely to resort to violence.

Therefore, it’s not always easy; communication is key to a healthy and happy relationship between parents and children. If you’re struggling with any of the issues discussed in this post, then make sure to solve this issue with your child. Generally, parenting issues can be worked out, but it takes time, effort, and a lot of patience. For young kids, it’s essential to set a good example. If you want your children to be honest, you must be honest with them. The same goes for any other qualities you want your children to have. Be the change that you want to see in them! Do you have any parenting issues that you’d like to share? Please do so in the comment section below! 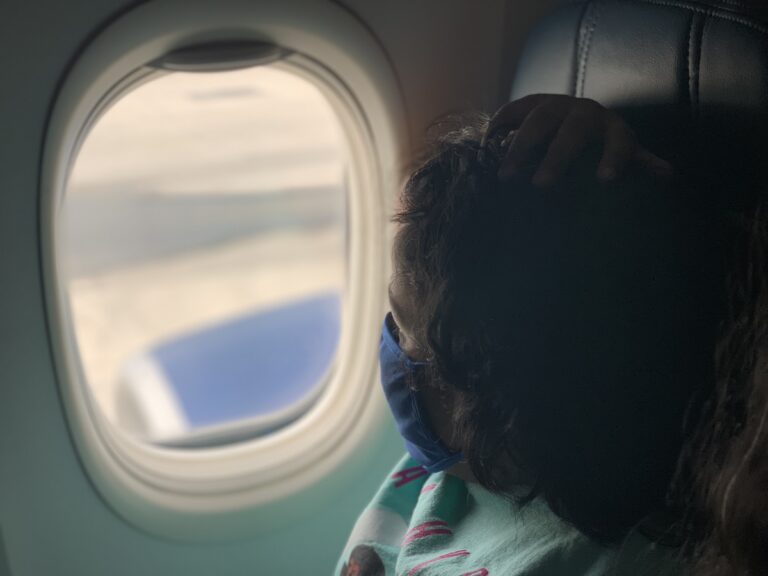 5 Ways to Prepare for Your Child’s First Solo Flight 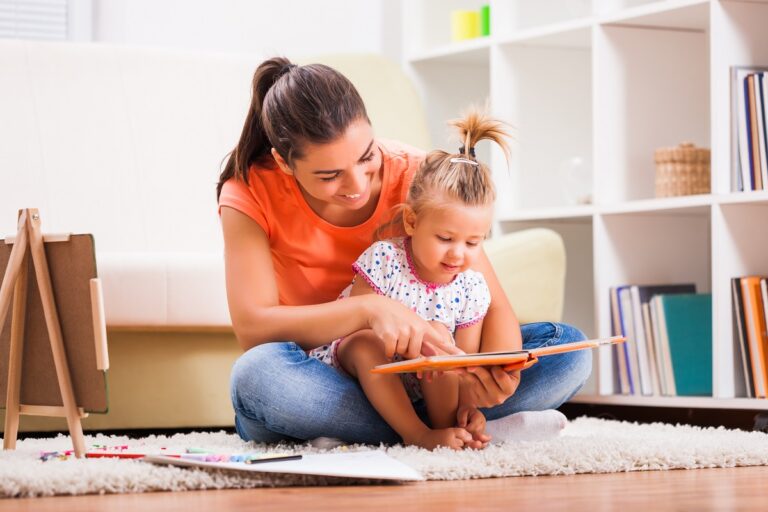 Parenting Guides And The Vital Details You Must Keep In Mind 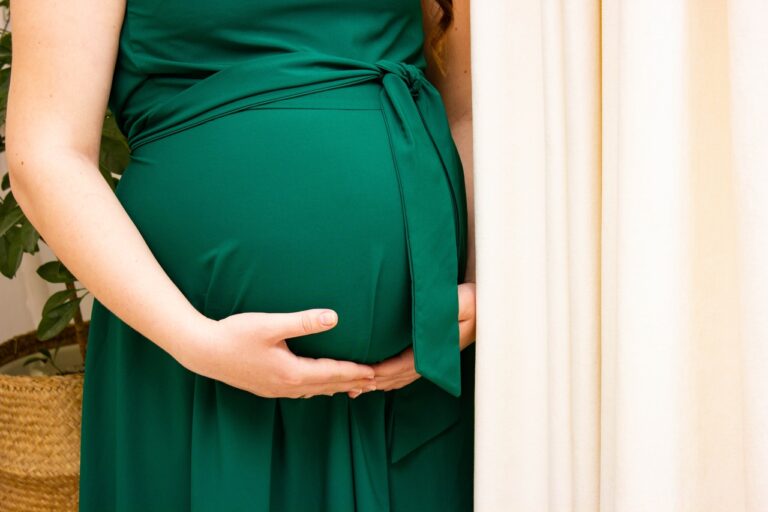 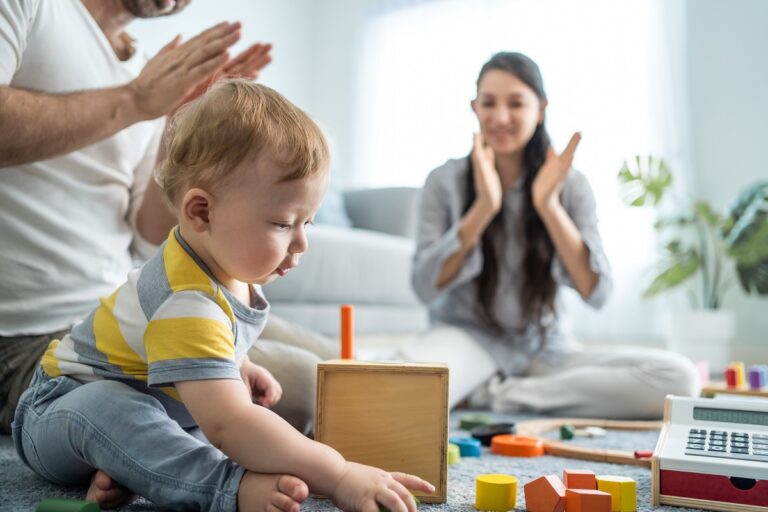 How Many Types of Parenting styles and Their Effects on Kids